What is C Programming Language ?

The C Programming Language is a general-purpose, high-level language that was originally developed by Dennis M. Ritchie in 1972 at AT&T (American Telephonic & Telegraphic) Bell Laboratories, New Jersey. It was mainly influenced by the languages ‘BPCL’ and ‘B’.

The American National Standard Institute (ANSI) established a committee in 1983 to standardize the C language. It was named as ‘C’ to present it as the successor of ‘B’ language which was designed earlier by Ken Thompson in 1970 for the first UNIX System. 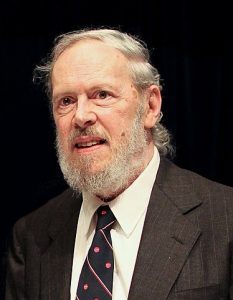 The C programming language is nearer to both machine and human, which means that we can perform low-level memory management operations by writing instructions in human-readable text form. C can be used for creating computer applications, writing embedded software, and also writing applications that extend an operating system’s functionality.

Programming languages can be classified into three categories as mentioned below:

Advantages and Disadvantages of C Language:

C  is considered to be one of the most fundamental languages to learn. Many other languages such as C++, JAVA, Python, etc… are built using C language. Some of the advantages of programming in C languages are listed here:

Apart from major advantages, there are some limitations to using C Language. Some of them are mentioned here: