In this tutorial, I am going to show how to install the Redis server in windows 10 operating system.

Why do we use Redis?

Redis is speedy because everything is stored in an in-memory, so there is no hardware involved init. Redis was written in C language, that is why it is extremely fast.

Step 1: Download the latest Redis zip file from the official git hub location. For me it is redis-2.4.5-win32-win64.zip.

Step 3: It will come with two different folders, one is for 32bit, and another one is for 64bit based on your operating system.

Step 4: Goto 64bit there you can find the below files.

As this acts as a redis client, as soon as we open this cli, we can see the client connected message in redis server like below.

As we discussed redis is an in-memory key-value data structure store so that the data in redis represents as key-value pairs.

Adding data into the redis server

Open two individual redis-cli, make one cli as a producer and another one as a consumer.

subscribe is a keyword is used to accept a channel, where the channel is java_books.

The syntax for Publish: 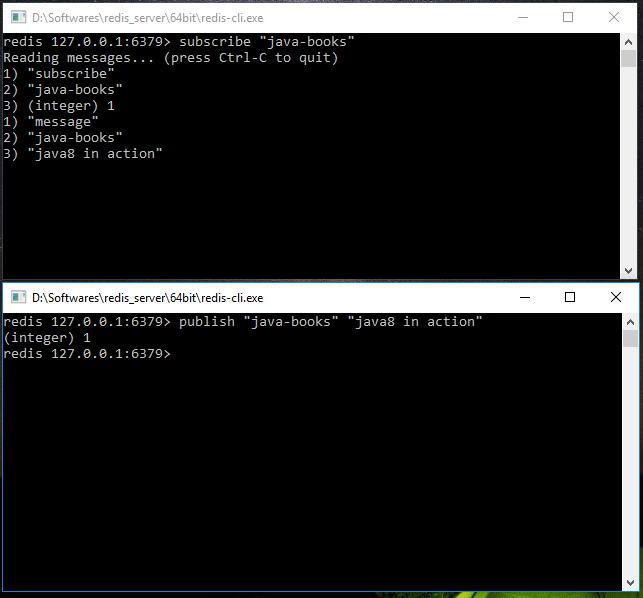